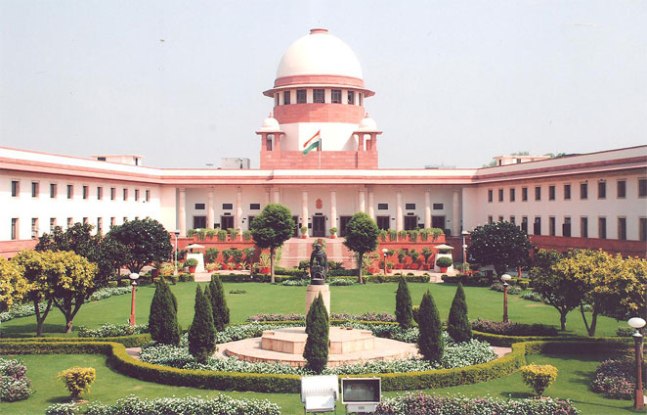 The Apex while over-ruling a judgement of Kerala High Court has held that names of examiners of answer sheet cannot be disclosed under Right to Information Act, 2005.

Supreme Court was examining the issue,  whether  a student / candidate is entitled not only to get information with regard to the scan copies of his answer sheet, tabulation-sheet containing interview marks but is also entitled to know the names of the examiners who have evaluated the answer sheet.

Before dealing elaborately into the aspect of disclosure of name of examiner, the Court upheld that supply of scanned copies of answer-sheet of the written test, copy of the tabulation sheet and other information are rights of a candidate and should be provided by the public authority, as this will ensure a fair play in this competitive environment, where candidate puts his time in preparing for the competitive exams

However, Supreme Court did not concur with the findings of the High Court that an examining body is also bound to disclose the name of the examiner. The Supreme Court felt that disclosure of the identity of Examiners is in the least interest of the general public and also any attempt to reveal the examiner’s identity will give rise to dire consequences and will lead confusion and public unrest.

The Supreme Court, while concluding the judgement, observed as follows:

“The Commission has reposed trust on the examiners that they will check the exam papers with utmost care, honesty and impartially and, similarly, the Examiners have faith that 7 they will not be facing any unfortunate consequences for doing their job properly. If we allow disclosing name of the examiners in every exam, the unsuccessful candidates may try to take revenge from the examiners for doing their job properly. This may, further, create a situation where the potential candidates in the next similar exam, especially in the same state or in the same level will try to contact the disclosed examiners for any potential gain by illegal means in the potential exam.”

It is of utmost importance that name of examiner is not disclosed, so that he exercises his competency in fearless atmosphere. In any case, the fact that an answer sheet is available to a student, he can always seek correction in his answer on sound principles without knowing the name of the examiner.

The High Court of Karnataka setting aside the Judgement of Central Information Commission has held that Manipal University (MU), which is as Institution Deemed to be University does not come under the purview of the Right To Information (RTI) Act, 2005.

Pursuant to an Application by an advocate, regarding the number of students admitted to Pharma Courses, the University had responded saying that it was not covered within the scope of RTI Act, 2005 and hence is not bound to disclose the information. The Applicant being aggrieved, took the matter to Central Information Commission and the Commission was pleased to pass following order:

“It appears from Section 3 that deemed Universities are declared to be so by notification in the official Gazette by the Central Government. Of this is the case, then a deemed University may come with in the definition of “Public Authority”. As mentioned earlier, “Public Authority” does include any authority or body established or constituted by notification issued by the appropriate Government.”……………… “”University” means a University established or incorporated by or under a Central Act, a Provincial Act or a State Act, and includes any such institution as may, in consultation with the University concerned, be recognized by the Commission in accordance with the regulations made in this behalf under this Act. Manipal University by virtue of being a Deemed University is a Public authority as defined under the RTI act.”

Being aggrieved, Manipal University had challenged the Order before the Karnataka High Court seeking declaration that Right to Information Act, 2005 is not applicable to the petitioner-university.

It was argued that University is a private educational institution, which is neither owned, controlled nor substantially financed by the Government. The nature of the control of the Government over the petitioner – University is only regulatory and not otherwise.

It was also contended that a Deemed to be University comes into existence by an Executive Charter and not by way of legislation as is usually done in case of Universities. It was argued that Central Information Commission did not consider the fine line of distinction between the University recognized under the UGC Act and the University established by the Central or a State Act.

The High Court while ruling in favour of the University accepted the argument that the Petitioner University and held that:

“ Given the above facts and circumstances and the legal arguments canvassed by the learned Senior Advocate, it would have to be accepted that the petitioner is a ‘Deemed to be University’ and recognized as such under the UGC Act and it is not established under the Act unlike a University, which is generally established under a statute either under a Central Government Act or State Government Act and therefore it could not be confused with any other University which may be so established. It is neither controlled or financed by the State Government and it is certainly a private institution with its own management and control and therefore, the same cannot be brought under the purview of the definition of a ‘public authority’ as contained under the RTI Act. Hence, it would not be tenable for the respondents to proceed as if the petitioner came under the definition of ‘public authority’ in having issued directions in the impugned order.”

Accordingly, it allowed the Writ Petition and quashed the impugned order.

Though, I agree in principle with the Judgement, but I wish the High Court would also dealt with another important aspect in the definition of “Public Authority”, which deals with Notifications.

Section 2[h] of the Act, which defines “Public Authority” reads as under: “Public Authority” means any authority or body or institution of self- government established or constituted: a. By or under the Constitution, b. By any other law made by Parliament; c. By any other law made by State Legislature; d. By notification issued or order made by the appropriate Government, and includes any: (i) Body owned, controlled or substantially financed; (ii) Non-Government Organisation substantially financed directly or indirectly by funds provided by the appropriate Government.”

Section 3 of the University Grants Commission Act, 1956, which provides for the constitution of Deemed Universities, reads as follows:-

“The Central Government may, on the advice of the Commission, declare by notification in the Official Gazette, that any institution for higher education, other than a University, shall be deemed to be a University for the purpose of this Act, and on such a declaration being made, all the provisions of this Act shall apply to such institution as if it were a University within the meaning of clause (f) of Section 2.”

It is clear that “a notification” establishes a Deemed University, which is a common element in Section 3 of the UGC Act, 1956 and Section 2[h] of RTI Act, 2005. Some discussion on this issue by the High Court would have settled the issue.

Any ways, till then the Argument may continue!